What I’ve known for years and been practicing at IBM for over two months now: you’re more productive with a Mac.

I converted here at IBM for the same reasons stated in the article. I spent too much time restarting, it looked cheap, and I just didn’t get as much work done. I used to start my XP machine at my desk every day, and then go talk to my cube neighbors while it booted. Now, I can’t do that. I open the Mac, and it’s ready to go. No wait time for the machine to restart.

My favorite quote from the article: “Stand in the way,” Forrester concludes, “and you will eventually get run over.”

If you haven’t seen them yet, here are Guy Kawasaki’s thoughts on what Steve Jobs taught him.

Guy should know. As the Chief Evangelist for Apple for several years, Guy worked for Steve. I always admired what Guy had to do and was on his Evangelist for many years. Everyone should be held as accountable as Steve held everyone in his organization.  Thought treated a bit nicer… 😉

Thanks for everything you’ve done for millions of people. And thanks for all you did for me. I used an Apple and an Apple II as a kid. Always thought they were better and made more sense than my TRS-80.

I learned of the Mac in the summer of 1984. A friend’s dad was a dentist and he had one in his office. MacPaint got me hooked quickly. In high school, I helped my dad’s office get several of them set up for operating their office and some design work. Another friend also had one and we would spend hours on it playing games and doing work on it. I learned hacking at this point, but it was really only what we would call jailbreaking today. ResEdit was awesome.

In college, I would rather use the Macs in the library than the PC lab. I took my hacking skills further here by creating my own partition on the hard drive so I didn’t have to carry disks anymore. Until I got busted, that is. Then I changed majors because of the Mac. I decided I needed to be in computers. They were my true passion. And the Bs and Cs I was getting in Chemistry and Physics weren’t going to get me into Med School.

Those summers I worked for an Apple reseller. It was a lot better than construction and helped me get my legs into the new field of desktop publishing. I still have a LaserWriter II in my basement.

At another college I attended, I ran the Mass Comm lab of Macs. Best job ever. Lots of great people, but I also got to be in charge of about 15-20 Macs on a weekly basis. Here, I learned QuarkXpress and helped publish the college newspaper. I was in charge of the ads so literally did everything you could do with the computer at the time. At a college seminar, I also saw a NExT for the first time. Once again, it was love at first sight.

That job also led to my first real job in college – working the late shift at the local paper making sure that the computers there worked well until the paper went to bed. I learned how the paper was assembled here. I also learned macros via QuicKeys, more digital publishing, and print to film.

I loved attending MacWorld near the end of college. That experience still shapes my life every day. The people I met and friends I met up with were awesome. Wish you had been there. Then again, I got to see the announcement of eWorld and the Newton – predecessor to my iPad. Too bad I couldn’t get a job from all the resumes I handed out. 😉

Being the Macintosh Vice President of the Charlotte Apple Computer Club in the heyday of those clubs was also a great learning experience. And led to at least two different jobs out of college through my network.

Because of you, I got a great job that year. Macnifisense was a great consulting company. That team taught me about the real world – customer service, billing, and the Internet. I learned how to run a LocalTalk network and install speedboosts on the processors of the Quadra 650. And then I learned how to surface solder when they broke off. 😉

My second big job out of college was also because of you. Virtus Corporation’s software was both Mac and Windows. I was one of the only interviewees that had been using both platforms for years. It was there that I met my wonderful wife. Yep, I met my wife because of you.

After that experience, I went blue for many years and am still working there. While working at IBM, I still had a Mac as a personal computer. The past six weeks have proved that we can effectively use a Mac as a primary computer within IBM, even in the land of PCs. I’ve owned a Mac Classic, the Quadra pizza box, three MacBook Pros, and a Mac Mini. I’ve owned 3 different iPods, 2 iPhones, a time capsule, and both versions of the iPad. Every one of those devices changed my life in ways I didn’t know they could when I first purchased them. Cuz that’s how you roll.

The Macs each changed how I did my work and the games that I played. Listening to music was completely changed by the iPod. iPhones took music, contacts from a Palm Pilot, and flip phones and merged them into one device. No more hacking things together like on the Treo. It just worked.

I guess that’s always been the theme of Apple products. They just work. I don’t spend hours reinstalling and rebooting. Crashes are rare. Apple Store employees are actually helpful and nice. They know about good customer service.

So again, I say thanks. Thanks for having such a positive influence on my life and the lives of millions of others around the world. My condolences to your family, close friends, and business associates. We have all lost a great friend tonight.

Article title: “12 Non-Negotiable Traits to Work on My Team”

Good post on how to act and be a professional. These are all ways that I personally try to behave in my work efforts. Maybe that’s just my parent’s work effort coming through. Maybe it’s that I realize that you need all these elements to not only personally succeed, but to have your team succeed as well. That and I’m open and willing to change and adapt to make sure that these traits are displayed by myself on the team to lead by example. The problem is that not everyone is willing to change, adapt, and be flexible as that is their personality type. Unfortunately, those are some of the key traits on this list…

Frankly, I wouldn’t care how much anyone on my team did or didn’t like their job or the work they are doing on a regular basis. Just show up with these characteristics and everyone will succeed. My goals do not include to hold you back as an employee. I’d rather lift you up. Without demonstrating these traits, it’s kinda hard to do that a lot of times. Positive feedback is tough to come across to deliver to those members of your team. You have to find something, though!

Mike Auzenne: This article (http://j.mp/eNIs31) struck me as being very close to our thoughts on improving IT performance by focusing more on relationships.

So very true. It’s about communication:

– Build a case: Make sure to communicate what you want and why you want it. Additionally, show how it will help the business. Show how it will also help the person that you are requesting help from. Try to think about the effects on their job and mitigate those risks early on.

– Listening: When you get requests, try to understand why they person wants the solution and what problem they are trying to solve. Together, you might not put their request through – you might put something through that is easier, better, and less expensive to accomplish. Win-wins are the best solutions!

I find this useful. I’ve been working at using these techniques for quite some time, before I saw them in John’s posting. Very insightful. Good to have the validation from others that I’m working on the right things about myself.

My Musings, Quotes, and other information 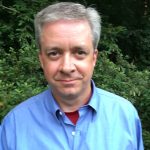